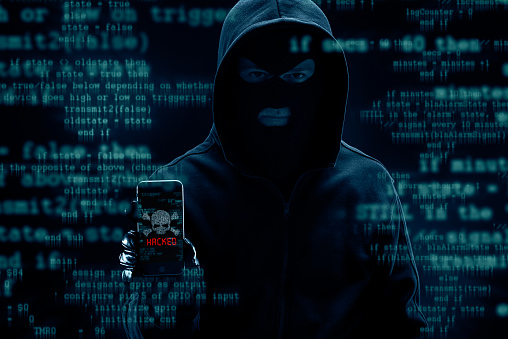 We may Launch a Public Slack Channel soon.

We have prepared a Post with How-To Instruction for Installing a Cryptex and start finding Bugs!

From man cryptex: A cryptex is a cryptographically-sealed archive which encapsulates a well-defined filesystem hierarchy. The host operating system recognizes the hierarchy of the cryptex and extends itself with the content of that hierarchy.

The name “cryptex” is a portmanteau for “CRYPTographically-sealed EXtension. Thus, cryptexes can be thought of as positionally-independent distribution roots”.

These are the quick start instructions to get up and running with the SRD as found in SRDI at README.md:

Total time required to complete prerequesites and get to “Hello!” and do the same with Xcode was about an hour to get up and running with the SRD. As shown below, this is the equivalent of ‘RTFM Success’:

This Website is a SRD Resource to help you start your journey. If you are a ninja please contribute authorative, verified Content & Code to help expand the SRD knowledge base.

Contribute your experience for this Cohort and the next to learn from and expand the public knowledge base.

Along your route expect to Brick your SRD many times and experience a total loss of Device Confidentiality, Integrity & Availability. Soft Bricking your SRD is a positive sign that you are engaged with the Device exploring the limits of the Device.

What is a SRD?

“The Apple Security Research Device is a specially fused iPhone that allows security researchers to perform research on iOS without having to defeat or disable the platform security features of iPhone. With this device, a researcher can side-load content that runs with platform-equivalent permissions and thus perform research on a platform that more closely models that of production devices.

To avoid having a malicious party attempt to masquerade a research device as a user device to trick a target into using it for everyday usage, the security research device has the following differences:

The security research device starts up only while charging. This can be using a Lightning cable or a Qi-compatible charger. If the device isn’t charging during startup, the device enters Recovery mode. If the user starts charging and restarts the device, it starts up as normal. As soon as XNU starts, the device doesn’t need to be charging to continue operation.

The Security Research Device affords researchers the following abilities that a user device doesn’t: (1) Side-load executable code onto the device with arbitrary entitlements at the same permission level as Apple operating system components, (2) Start services at startup, (3) Persist content across restarts.” You can read the entire article here.

What can it do?

The SRD is an Apple provided Hammer to inspect Code.

The Researcher has the ability to conduct Air Gap and Faraday Cage testing, or Program a hostile SIM Card and interoperate with other Devices via standard Radio Telecommunications Services with the added capability to load executable code onto the device with arbitrary entitlements at the same permission level as Apple operating system components.

A Researcher with access to a Carrier Switch may conduct endless Fuzzing and manual testing using the Public Switched Telephone and SS7 Networks. The SRD is equivalent to a Fixed Radio Telecommunications (Wireless) Service for the purposes of your Research.

SRD configuration example is an NPA-NXX-XXXX via SIM Card via Carrier. Then, a Secondary eSIM from different Carrier is installed. Lastly, the Device is configured with a test iCloud Account and on the cryptex is Custom Code with arbitrary entitlements at the same permission level as Apple operating system components.

How well does Vendor Code handle Call Setup and Tear Down when ‘”DROP TABLES —–“‘ or “<script>confirm(666)</script>;” is delivered from CNAM as the iCLID?

The SRD allows for conducting Research with Code having all the capabilities and permissions as Apple operating system components.

What is a Cryptex?

Under the hood after iOS boots is Toybox run under com.apple.security.cryptexd. “The entitlement that grants cryptexd the ability to mount a disk image is honored only by the research kernel cache. The relevant code path isn’t compiled into the release kernel cache”. See our Article Cryptex X86_64 Installation for more details.

The SRDI uses Toybox for a Shell and Dropbear for the SSH implementation to Login via SSH. Datapoint: Google is a co-Maintainer of Toybox. Below is an example Crash Report where there are a number of moving parts, rabbit holes and landmines to explore:

Is the SRD Jailbroken? The direct answer is NO, the SRD is not Jailbroken.

Can you login as root? Yes, you will SSH to the SRD as root. a-Shell, iSH and Blink implement Toybox or Busybox.

Create a workflow starting as a mobile user using Xcode. Consider that the Cryptex will drop you in a Toybox sh shell as root to execute your code on the device with arbitrary entitlements at the same permission level as Apple operating system components.

Entitlements = Hammer! Go use a Hammer on everything!

Consider applying the The Principle of Least Privilege (PoLP) [EL0] when conducting your SRD Research and installing your App or Code via Xcode into a standard container while you study your command line permission level and cryptex [EL1]. Researcher code on the device executes with arbitrary entitlements at the same permission level as Apple operating system components.

The Cohort will cover the use of entitlements in a sperate Post. We will include installing debugserver on the cryptex and connecting back to a Host running LLDB. For additional debugging capabilities the 2021 SRD Cohort wants to get Frida running on the SRD and has made a Request:

The SRD is a Radio Telecommunications Service Device that allows a Researcher to run code with arbitrary entitlements at the same permission level as Apple operating system components.

What is an example Work Bench Configuration?

How to Load your Code

Xcode is the easiest method to get your Code onto the SRD. If you want to use SSH and a Terminal to run your Code you will Build a Cryptex File System (man cryptex) which will be mounted like:

If you like Pictures, this is your CLI | Terminal:

The Cryptex is the Filesystem where your Compiled Code is copied to be run on the SRD via SSH Terminal. If you use Xcode you can just change your Build Target and you will be running your Code just like a normal iPhone. Plug in the SRD, open Xcode, create the default ‘Hello World’ App, Run and Tweet @srdcohort your success.

How to Flash Restore

Updating your SRD is performed with Finder, and the Terminal is used to Load your Cryptex and SSH to the Device. There will be errors that will need to be debugged, here is a Visual Bug Report. Always start with the Unified Logging with cryptectl log stream:

That will start dumping data to your Terminal as seen below in the example Unified Logging Stream from cryptexctl:

If you have an SRD you already know how brittle the Imaging, Build and Signing Pipelines are. If you are just getting up to speed with your SRD you may be experiencing some Interoperability Issues which should be expected on either Hardware Platform.

Debugging issues can consume hours of your time. The picture series below is the culmination of hours of debugging for the Cohort to identify the Tatsu Signing Server Issue that was a pain point during Q1/2021 and to be expected as normal. The point to be made is: The SRD is not a Retail Device, expect to write Code, Debug Issues and perform Quality Assurance. Help build a Platform, and find some Bugs along the way.

The example picture below is on the M1 ARM Platform for Installing a Cryptex with the Command Line, HTTP Request and HTTP Response with the Reject Message:

The example picture below is on the X86_64 Platform for Installing a Cryptex with the Command Line, HTTP Request and HTTP Response with the Success Message.

Takeaway: You may be the first to discover SRD InterOp Issues. Build a Product Defect Report, assume the Reader(s) have no context, send to SRD Team, Rinse, Lather & Repeat.

Try Compiling and Installing Blink, iSH or a-Shell and experiment with entitlements to understand the SRD and create your new workflow. With an M1 ARM Mini on Beta and an X86_64 Pro Laptop runing mOS11.2.3 it is easy to move between iOS 14.3 and 14.5 and perform Regression Analysis and install Cryptex File Systems and use Xcode.

Blink Shell running on the Apple Security Research Device as seen below:

The Cohort operates a Private Slack Channel for SRD Onboarding Support and provides detailed instructions for how to Update your Research Image on the SRD with an example-cryptex with the Toybox unstripped binary which you may want for debugging on the command line.

There is a collaborative effort to Fuzz the Registers of the M1 & iPhone 11. We will Publish our Results of Fuzzing Register Permissions. First, from the position of Side Loading, then within a standard Container.

The next Post begins by Opening your SRD Box and end with a Cryptex Installation and Running the ‘hello.c’ Code found in the SRDI. In the near future we will Publish the equivalent Xcode Project for ‘Hello World’.

Come back soon. Site under Development.